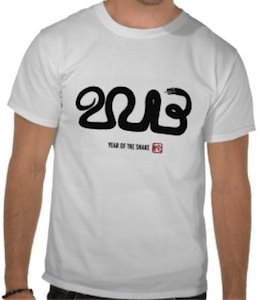 This t-shirt is all about Chinese new year and 2013 is the year of the snake and on the shirt you can see that 2013 is not just numbers it is actually a snake. And below the 2013 snake it says “year of the snake”.

So lets start this year with a fund snake t-shirt that also says 2013.

The t-shirt is available in a wide range of colors and styles for young and old.

This site uses Akismet to reduce spam. Learn how your comment data is processed.